Feel the value of what you've lived by writing it!
Then share your story — what you've learned and love that can grow your business & help others.
Gain confidence seeing that you can inspire someone else through your writing.

Are you afraid to write? But want to share your story?
I can help you overcome the negative experiences you've had.

Want to build your writing skills and connect with others? But stuck on how to start? I take away the mystery.

You already have the story in you....Turn your life experience into a story with simple writing techniques that attract readers & clients

The journey you've walked is filled with stories, experiences, and wisdom.

You can write each story as a chapter with a lesson woven into it. And if you are a business owner or coach that makes a perfect companion piece to your marketing... and to your life. 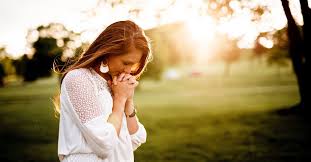 
Bonus ~Your 45-minute personal coaching session with Jo,
to go deeper into your story

PLUS get the 45 minute session with Jo

“The more you trust your intuition, the more empowered you become,
the stronger you become and the happier you become."
Gisele Bundchen

Your clients want to know you, trust you and feel connected to you.

Telling your story will do that.

Join the Magic Writing Circle and learn how.

9🎉And get your bonuses!

Bonus ~ Your 45-minute personal coaching session with Jo,
to go deep on your story,
A $300 value.

In telling your stories of JOY, CHALLENGE, and TRIUMPH you share our common journeys and ease the way for someone else. Light a light.

In the Magic Writing Circle:

Here's what clients have said:

"I have learned in this course to share more of myself in my writing. Hard to do but now I am past worrying what people will think and have the courage to share my feelings more. Thank you for teaching me how."

"Our weekly get-togethers keep inspiring me to put pen to paper (better yet, fingers to keyboard) because my story, which was once on life support, now has a heart beat! Excitement for my project has been rekindled and I look forward to Jo stoking the embers every week."

"After being in the MWC I noticed that my conversation was much more fluid than in the past; it's easier to form thoughts and express them descriptively than before. My capacity to notice, to question, and to listen has been enhanced. An unexpected bonus is that I like myself better now than I did before! "

Sheryl was surprised at how impactful her stories were, and now she's putting them together for a book.

Lynne wrote more for her novel in 6 weeks in the Magic Circle than she had in the past 5 years.

Sally is turning her writing into a book of stories with lessons for her coaching practice.

Why Join the Magic Writing Circle?

Writing is very personal and shows who we are, not only with what we write, but how we write. When it looks and feels professional — it makes a more powerful statement. And we feel better about ourselves.

Writing will help you recognize your unique brilliance, and be able to express it through your story —which you can carry through everything you do.

Show your creativity, develop your artistic talents, share what you've learned and what you love in this world.

Get a 1:1 Coaching Session
when you sign up by

Bonus ~ PLUS your 45-minute personal coaching session with Jo!

The Secret to Getting Started Writing

Clarification of Your Message

A PASSION FOR WRITING

About Your Coach, Jo

"Art is when you have an idea and you put a circle around it." ~ A child's definition I read many years ago.

I meet many people with wonderful ideas. People who've led interesting, meaningful lives, but whose lack of confidence and writing skill stops them from doing something with those ideas. Even people who've been told: "There's a book in you." And that's why I started The Magic Writing Circle.

Here's what happens in the circle. Imagine someone saying to you, "I love what you wrote." It may be the first time anyone has ever said that to you. The joy and boost to self-confidence I witness when that happens make my heart soar. And I want everyone to have the opportunity to have that experience. To know their story counts! The synergy of my small supportive groups creates that magic.

A woman came to me in tears because she wanted to be a 'working writer' but said no one in her family had ever acknowledged her talent. So how could she even ask for half an hour to herself to write? We worked together and recently she had the delightful surprise of opening a literary magazine to find her own name there — credited as the author of the best story in an anthology she'd contributed to!

To witness the positive effect of what you write
is to know you are sharing the gift you have to give to the world.

I'm told I have a way with words. And it's a compliment I appreciate because I have loved words and writing since I was a kid cutting strips of bark off birch trees to make crinkly little storybooks. I grew up on a farm on the Canadian prairies and romanticized everything about the land, the woods, and the river that ran through our acres. (BTW it's not practical to write a book on birch bark with a ballpoint.)

Writing your own story is the most fulfilling of all. I was more proud of a small book to honor my mother, which I self-published than I was about the thick hardcover fantasy novel published internationally by Doubleday, based on the screenplay I co-authored.

The most beautiful things are felt in the heart. And the next beautiful story waiting to be written is yours.

Jo is a credentialed Masters Performance Life Coach with a bachelor of Education/English major. She is an author published in hardcover and has been a contributing writer to many publications including The Hollywood Reporter. Jo is a soprano with the California Philharmonic Chorus in Los Angeles and has a CD of original songs and life story. Join her and the wonder-cat Bandit at your desk.

One-on-one coaching is available with a more intensive curriculum and quicker creation or turnaround of material. Jo is also a copywriter and editor and happy to work on individual smaller projects.

If you'd like Personal Mentorship or want a ghostwriter,
Schedule a call with me.